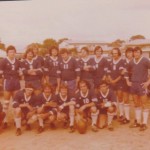 Greg is number 16 with strapping on his hand.

The Stanthorpe Gremlins would like to pass on their sincere condolences to Greg’s family and friends.

May he rest in peace….Funeral details will be advised in coming days.”

A great beginning to season 2015 for the Gremlins….

Good news story for the week. Local lads getting the opportunity to play the greatest game of all…………..

The 2015 campaign will get underway for the Stanthorpe Gremlins across 3 grades this weekend when they play host to Group 19 Club the Inverell Hawks. It will be an action packed day of Rugby League with the Junior Gremlins taking on Collegians from Warwick in a full day of juniors action followed by the Seniors taking on Inverell in Under 18’s at 3.00pm, Ladies League tag at 4.00pm and the A Grade fixture kicking off at 5.00pm. The day will also double as a sponsors afternoon where all the valued sponsors of our great club will be treated to some food and drink throughout the afternoon which will be topped off with local band ‘Whiskey Gully’ playing in the new outdoor entertaining area at the clubhouse into the evening. The A grade match in particular should be a great test for the local lads as Inverell were Grand Finalists in Group 19 last season. Local league supporters will also get their first chance to witness a new look Gremlins outfit led by local boy Jason Wilmot (pictured below) who makes his return to Gremlins colours after a couple of years awaty starring in the TRL for the Gatton Hawks and the Toowoomba Clydesdales on the representitive stage. All supporters are encouraged to get to Sullivan Oval as early as possible as a big home crowd is anticipated to kick off the season in style. 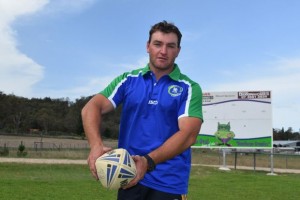 Local Rugby League followers have got what they wanted this weekend with a Stanthorpe Gremlins v Tenterfield Tigers cross border derby to breath life into the BRL finals this weekend. The Tigers will host the Gremlins at Rugby League Park, Tenterfield with a 2.30pm kick off for the A Grade fixture. The winner of the match will host the 2014 BRL Grand Final. All Gremlins supporters are encouraged to make the trip to the New England to cheer on the boys as the Gremlins attempt to host their first Grand Final in over a decade. Up the Gremlins!   Gremlins to tackle Cutters in final round The Stanthorpe Gremlins will travel to Killarney this Saturday 16th August  for the final round of the BRL season. With finals positions already seemingly set it will be a chance for both teams to put some polishing touches on their structures before the finals kick off next weekend. Kick off will be at 2.30pm and the club would encourage all supporters to make the trip to Killarney to cheer on the boys as they gear up for a crack at the premiership……….. Watch this space as we build up to what will be a massive 1 v 2 semi final clash between the Stanthorpe Gremlins and the Tenterfield Tigers in the first week of the finals for right  to host the 2014 BRL Grand Final. 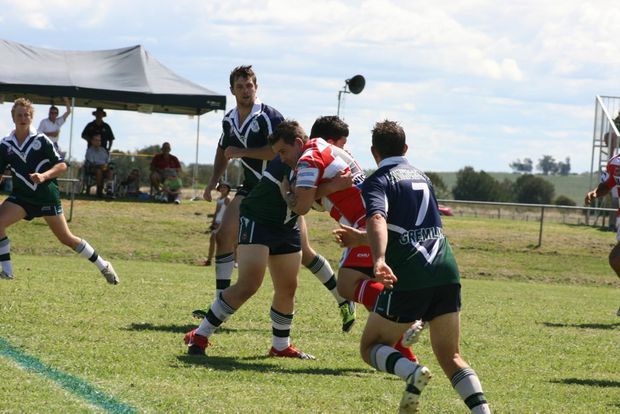 This is the visual editor area.

Join our Gremlin Old Boys & Supporters now and show your support for the mighty Stanthorpe Gremlins in 2015! If […]

The Stanthorpe Gremlins have a selection of merchandise available for purchase by both players and supporters.  An online ordering system […]