The History of Stanthorpe Rugby League 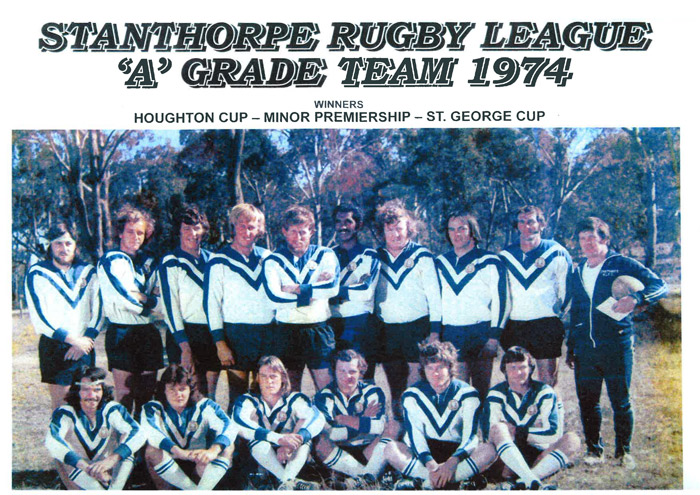 The proud history of Rugby League in Stanthorpe began around the 1920’s when Stanthorpe fielded three club teams with both senior and junior grades.

Clubs participating at this time included Wallaroos, Rangers and Waratahs.

During these early years, Wallaroos were premiers with their big, fast teams. Around this time Stanthorpe hosted the touring New Zealand team and although losing the two games played it was only by two pints in each game. Stanthorpe was unlucky to lose the second game when a Stanthorpe player fell onto the football and it burst the football. The games rules at the time meant that only one ball was able to be used. Stanthorpe were forced to attempt the final conversion with a burst flat ball, resulting in a failed attempt at goal, and a loss ensuing.

In 1926 another team joined the local competition called Boomerangs. This new team went onto win both the senior and junior competitions in their first year. They lost their dominance in 1928 to the Rangers club. 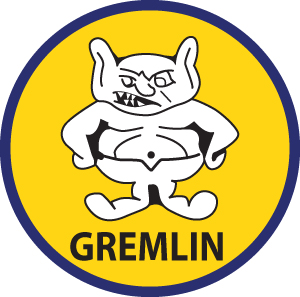 It is interesting to note for Stanthorpe Rugby League supporters the arrival on the scene of Alan (Daddie) Pettiford, Stan Kelly and Kevin Holdsworth, who all became great loyal supporters of Stanthorpe Rugby League for many years. Boomerangs and Rangers formed the backbone of the Stanthorpe representative teams during 1930-32. The Stanthorpe representative team was coached by local identity Arthur Teague and captained by Len Wilson from the Boomerang Club, the eventual 1930 premiership winners.

Rangers under Captain, R.Hodgson and Vice-captain Alan Pettiford snatched back the local premiership in 1931 only to lose it again to Suburbs in 1932.

Touring representative teams from Stanthorpe began playing away games against other surrounding regional towns. One game was against Glenn Innes in September 1937. It is noted that team included well-known local rugby league identities including the three Man brothers, Jimmy, Jack and Tom and two O’Brien brothers.

The ensuing war years prevented any further organised rugby league in Stanthorpe. Rugby league recommenced in the Stanthorpe district in the 1940s, when 3 clubs were formed, with each having a junior and senior team. These being Boomerangs, Suburbs and Newtown. Newtown became the most dominant team winning numerous premierships in both junior and senior grades.

The 1950-60 periods saw Stanthorpe Rugby League enjoying successful years under the coaching tutelage of Dennis Pennisi, Neil Teys, Johnny Kelly, Rex McGlyn Hugh Kelly, Paul Pyers Brian Cuskelly, and Bob Newlands who lead Stanthorpe to numerous premierships. Players of the calibre of John Kelly went on to play for Queensland, whilst Hugh Kelly became an Australian Selector. Bobby Cook was the Brisbane Five-Eight around this time and was lured to Stanthorpe for an amount of money considered to be the highest paid in Queensland at the time.

Stanthorpe football again became very active in 1974 when former Canterbury Bankstown player Marty Driscoll became the coach of Stanthorpe. 1974 was the inaugural year of the new logo the “Gremlins” to which we are still known to this day. The “Stanthorpe Gremlins” is the only known sporting association in Australia with the Gremlin as their logo. The newly formed Stanthorpe Gremlins were successful Grand Final winners in their first season in the old WDSRL Competition. This Grand Final win was the start of a revived period of football in Stanthorpe with a number of premierships following in following years up to and including 1981 under the coaches Bob Green (Brisbane Wests) and Greg Appleton (Sunshine Coast). Three players namely Greg Appleton, Brian Brown and Norm Crisp were chosen to play the Sydney Roosters in a preseason game in Toowoomba. Russell Crisp was also selected to play for Queensland on the wing in the late 1970’s, but was unable to play due to injury.

It would be an error not to compliment the many helpers, particularly in junior league who over the past 50 years have controlled the game and performed all the usual tasks like coaching and manning the canteen. The standard of office bearers has been unbelievable and includes, local solicitors, past councillors, business owners and normal mums and dads. It should be noted that on one occasion two ladies ran the club, these being Nancy Richardson and Beryl Caslick. Stanthorpe Junior Rugby League started way back in 1962 and recently celebrated their 50th anniversary. The Stanthorpe Junior Rugby League has today developed into one of the best organised and run sporting associations in country Queensland. The club recently hosted the famous “Vic Jensen Carnival” and visitors and officials noted that it was one of the best carnivals they had ever attended. They continue to this day to have a robust, hardworking and energetic club with teams ranging from Under 7’s to Under 16’s.

The early days of rugby league in Stanthorpe saw games played at numerous venues including McGregor Park and the local Showgrounds. A progressive move was made in the mid 1970’s to move all games to a new facility which is today known as Sullivan Oval. The then Stanthorpe Shire Council provided the bare undeveloped ground. The active committee of the time began levelling the surface, hiring turfing machines and laying new kikuyu turf which was taken from people’s backyards around town. They then fertilised the ground to develop one of the best playing surfaces in country Queensland. Their next move was to remove the club house from the local bowling club and position it with all fittings on the new grounds. Finally a new irrigation system and field lighting were added in following years.

This early work has now recently been upgraded by the Senior and Junior Leagues over the past 5 years, with numerous other projects now in the pipeline.

Later we were to see clubs like Millmerran, Allora/Clifton, Pittsworth, Warwick, Goondiwindi and Stanthorpe withdraw from the Warwick & District Competition and join up with Toowoomba in the Toowoomba competition. Stanthorpe joined the TRL in 1986. The extensive amount of travelling and the financial impediments of the competition in Toowoomba, lead to a falloff in numbers. A decision was made in 1990 to withdraw from the TRL and return to a local football competition. It should be noted that during this time in the TRL competition, three Stanthorpe players, namely Robert Reeves, Tony Coonan and Wally Crawford were chosen to represent the Toowoomba District. Wally Crawford also selected to play halfback in the Australian Residents team. Cousins Wes Smith and Tony Herman played for Stanthorpe and were eventually signed by The Newcastle Knights in the late 1980’s. Tony played for a number of years for Newcastle around the early 1990’s. Unfortunately Wes Smith’s career was cut short after a shoulder injury. Michael Hancock also competed for the Stanthorpe Gremlins in Under 16’s/18’s and A Grade, before being signed to the Brisbane Broncos in 1988 and went onto to an illustrious career which included playing in numerous Qld SOO and Australian teams.

After Stanthorpe left the TRL competition they joined the newly formed Border Rugby League Competition, with other teams including Tenterfield, Killarney, Texas, Wallangarra, and Inglewood. Goondiwindi also played one year prior to moving to the NSW Group 19 Competition. Early premiership winners in the BRL have included Stanthorpe, Tenterfield, Inglewood and more recently Killarney.

Join our Gremlin Old Boys & Supporters now and show your support for the mighty Stanthorpe Gremlins in 2015! If […]

The Stanthorpe Gremlins have a selection of merchandise available for purchase by both players and supporters.  An online ordering system […]